How Y Teens Use Their Voices to Create Change 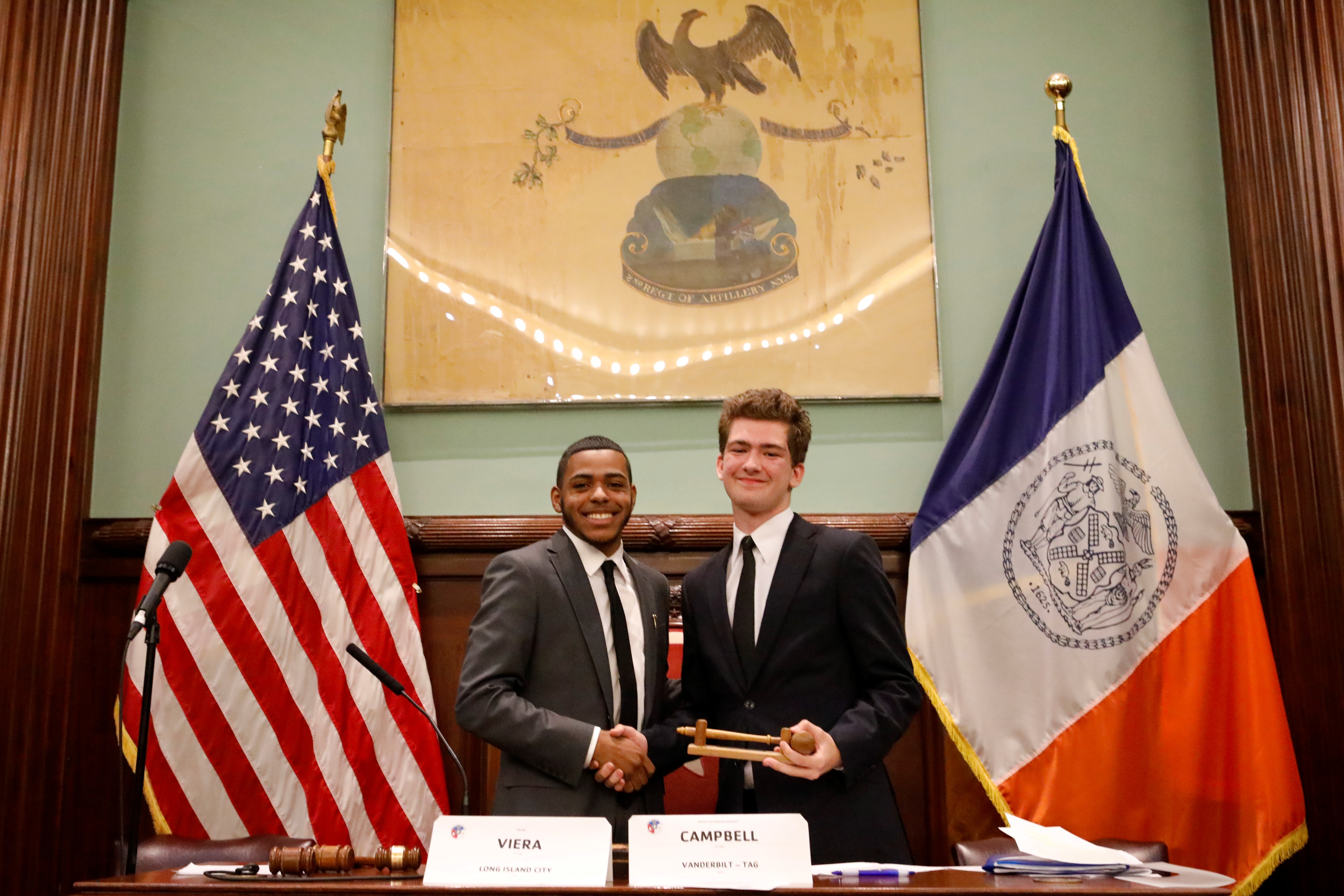 This week, over 100 Y teens gathered in the Chambers of City Hall to debate key community issues at the 14th Annual Teens Take the City event.

The YMCA’s Teens Take the City program promotes civic engagement, empowering young people to take action, have a voice, and make a difference in their communities.

Unique to New York City’s YMCA, this program enhances the teens’ awareness, interest, and understanding of local government. Youth are encouraged to identify issues in their own communities that they want to tackle. Then they work in groups to propose ideas and service projects to solve those problems.

At this culmination event, teens presented, debated, and voted on the proposals they had been developing for months during a mock-legislative session in the Chambers of City Hall.

One of the key features of the program is the election of teen elected officials. Participants nominated a Teen Mayor and Teen Borough Presidents, as well as a Public Advocate. 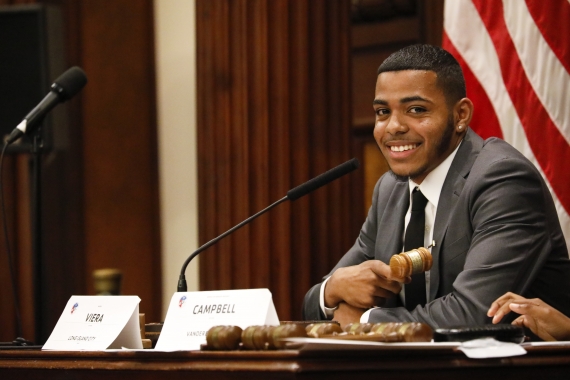 Ethan Viera (above, left) currently serves as the Y’s Youth Mayor. His involvement has allowed him to become extremely educated and proactive regarding issues happening in and around his community.

“This program is truly amazing,” said Ethan. “Teens Take the City has been an extension to what I learn in school. It is an outlet for teens like me to debate and create policies around the things that we care about. I’m sure I speak for my fellow teens that being in this program, truly makes us feel like we have a voice in our city.”

This event is so captivating, it continues to garner the interest of New York City Council Members who sponsor the event and support the program with funding.

This year, Speaker Corey Johnson and Council Members Helen Rosenthal and Debi Rose sponsored the event while Council Members Chaim Deutsch and Inez Barron also attended the session to express their appreciation for the teens being active participants in their communities.

Council Member Helen Rosenthal has been the champion of this program since first entering office and inspired everyone in the Chamber by talking about how important it was to be engaged and active.

Council Member Debi Rose encouraged the teens to keep using their voices to help make the city a better place.

“It took me three tries to get into the New York City Council,” said Debi Rose. “Don’t let anyone tell you that you can’t come back and sit in these seats when you are adults.”

Nicole Kourbage, Director of Teen Programs, said this program is nurturing the next generation of political, business, and nonprofit leaders.

“This is the type of experience the Y wants for all teens,” said Nicole. “We allow the teens the opportunity to find and solve some their own communities’ largest barriers. Programs like Teens Take the City are so important because it allows the future generation to develop as leaders of tomorrow, while truly understanding the importance of building communities and advocating for change through parliamentary procedure."