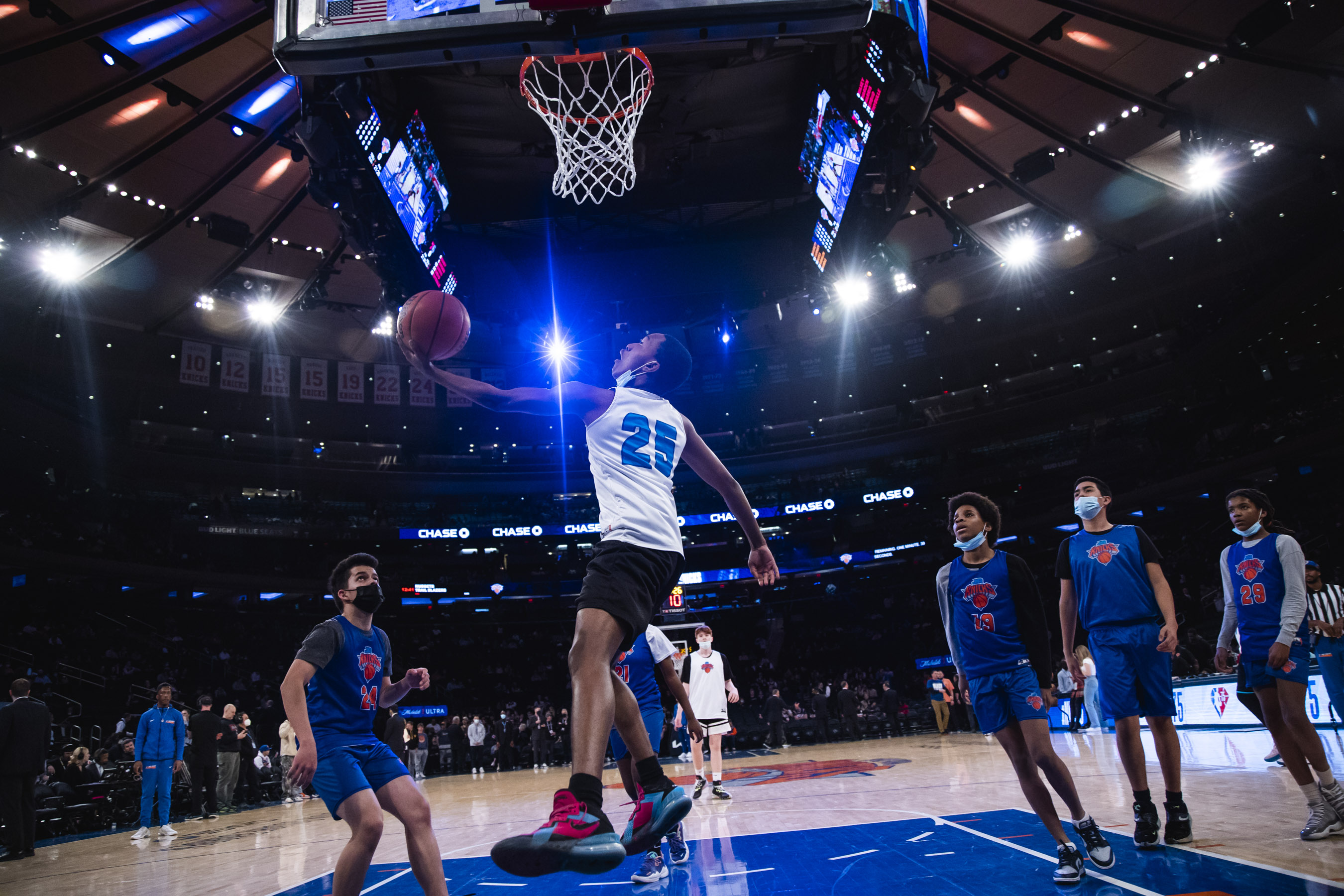 The New York Knicks, YMCA of Greater New York, and New York City Department of Youth & Community Development (DYCD) today announced that they are expanding their partnership that has provided safe, high-quality programs at no cost to teens across the city since February 2022. Beginning on Saturday, December 17, the Knicks will host a series of five basketball clinics for YMCA teens between the ages of 11 and 18 as part of the Saturday Night Lights program.

The Knicks Saturday Night Lights Basketball Clinics will be held at four different YMCA branches through April, in addition to a special marquee event this Spring.

In addition, 10 YMCA teens will have the opportunity to play on the Madison Square Garden court on April 9 before the Knicks play the Indiana Pacers.

Beginning in August 2021, the YMCA of Greater New York, in partnership with the New York City Department of Youth and Community Development (DYCD), has provided a safe space for teens in the community at 14 locations every Saturday night, through the Saturday Night Lights program. The branches, which are located in the Bronx, Brooklyn, Queens, and Staten Island, offer sports training and programming to participants each week from 5-9 PM. In Summer 2022, DYCD approved 3 additional YMCA sites to host Saturday Night Lights, bringing the total number of YMCA Saturday Night Lights sites to 17.

The New York Knicks Saturday Night Lights Basketball Clinics presented by Nike at YMCA branches will run for two hours, from 5:30-7:30 PM. During each of the clinics, participants will have the opportunity to strengthen their ball handling and shooting skills, meet a former Knicks player, and get a free t-shirt.

“One of the YMCA’s top priorities is to keep our teens and youth safe and engaged in healthy activities,” said Sharon Greenberger, President and CEO, YMCA of Greater New York. “Teaming up with the New York Knicks and DYCD enables the Y to create safe, positive – and once-in-a-lifetime – experiences for even more New York City youth. We’re grateful to the Knicks for their continued partnership and for their decades of support for the communities we serve.”

“It is a priority that the children in our communities have access to safe places to play, as well as great programming so they can enjoy themselves and learn valuable skills, and these clinics are a great way to bring everyone together,” said John Starks, New York Knicks Legend. “We are thrilled to continue our partnership with the YMCA and the Dept. of Youth & Community Development on this initiative and look forward to the events taking place over the next few months.”

“When Mayor Adams invested in the expansion of the Saturday Night Lights program, we knew that growing partnerships like the one DYCD has with the Knicks and YMCA would be critical in keeping young people engaged, physically active, and safe on Saturday evenings,” said DYCD Commissioner Keith Howard. “Basketball has played a major role in my personal and professional development, and I am confident these clinics and opportunities to shoot hoops with the pros will forever change the lives of our participants—on and off the court.”

Between February 2022 and August 2022, the YMCA and the Knicks co-hosted four clinics at Saturday Night Lights sites, two clinics at Y afterschool sites, and one clinic at a Y summer day camp. In addition, Y teens were twice featured in the Primetime on-court game before Knicks home games in Spring 2022.