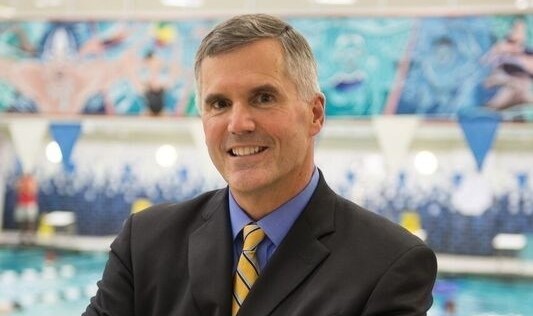 NEW YORK, June 28, 2016 /PRNewswire/ -- The YMCA of Greater New York's Board of Directors elected Chris Blunt as Chair of the organization. Blunt currently serves as President, Investments Group at New York Life, and is the 42nd Chair of the YMCA's Board since the organization's founding in 1852.

Blunt, who has been a Vice Chair of the Y's Board of Directors since 2014, succeeds Sal Maglietta, who served as Chair since 2013. Earlier this month, the Y honored Blunt with its Dodge Award, presented annually to an outstanding individual who epitomizes the Dodge family's 164-year-old tradition of service to fellow New Yorkers.

"New York City's YMCA is a vital organization for our communities and it is my privilege to serve as Chair of the Board of Directors of this beloved institution," said Blunt. "Through my involvement I have seen firsthand the tangible difference the Y makes on New Yorkers of all ages and backgrounds, and I look forward to helping further deepen that impact."

"Over his five years on the Board, Chris has demonstrated his passion for the YMCA and our mission," said Sharon Greenberger, President & CEO of the YMCA of Greater New York. "His vision, guidance and generosity – particularly around our Y academic achievement programs – has been instrumental to growing the impact of the Y across the five boroughs."

Prior to taking the helm of New York Life's $540 billionInvestments group in May 2015, Blunt served as co-president of the company's insurance and agency group. He joined New York Life in 2004 as head of retail investments strategy. Previously, Blunt led GivingCapital Inc., a wealth management company. His career has also included roles at Merrill Lynch & Co. and Goldman Sachs Group Inc.

"I am honored to have served for these past three years as Chair of the Y," said Maglietta. "The YMCA is a catalyst for positive change across New York City neighborhoods, and to be part of that effort has been an invaluable experience both personally and professionally. I have never ceased to be impressed by the devoted staff, volunteers, donors and members. I'd like to thank the branch staff, our CEO Sharon Greenberger, and our Board of Directors for making my tenure as Chair such a memorable experience."

Under Maglietta's leadership as Chair from 2013 to 2016, the YMCA of Greater New York opened two new branches on Coney Island and in the Rockaways and committed to build a new YMCA in the South Bronx; reached an unprecedented 500,000 New Yorkers annually; and grew the Y's signature youth programs to foster academic achievement and healthy living.

See the complete listing of the Board of Directors of the YMCA of Greater New York here.

About the YMCA of Greater New York
The YMCA of Greater New York is, and always will be, dedicated to building healthy, confident, connected and secure children, adults, families and communities. With a focus on youth development, healthy living and social responsibility, the Y nurtures the potential of every youth and teen, improves New York City's health and well-being and provides opportunities to give back and support neighbors. In scores of neighborhoods across the five boroughs and its camp upstate, the Y makes accessible the support and opportunities that empower more than 400,000 New Yorkers to learn, grow and thrive.